In the 1970s, while visiting Boulder, Colorado, on a world tour, the 16th Gyalwa Karmapa, Rangjung Rigpe Dorje, had a dream in which a now-famous image appeared to him. His Holiness sketched the design upon awakening, and one of his Western attendants immediately sewed the first Namkhyen Gyaldar flag.

Namkhen Gyaldar means “Victorious Flag of the Buddha’s Wisdom”, and this flag quickly became the most popular image associated with the Karmapa. The flag has three levels of meaning: outer, inner and secret. In the outer meaning the blue symbolizes wisdom and the heavens, and the yellow the grounded energy of earth. According to the inner meaning, the blue represents spiritual insight and the yellow our experience of the everyday world. At this level the wave pattern shows how the relative and absolute levels of reality are interdependent. In the secret meaning of the flag the blue symbolizes the wisdom of emptiness while the yellow stands for compassionate action. The wave itself is Mahamudra – the unity of compassion and emptiness – the ultimate nature of mind.

Although specifically associated with the Karma Kagyu school of Tibetan Buddhism, of which the Karmapa is the head, the image is actually a symbol of the potential for every sentient being to recognize the awakened mind of all the Buddhas inherent within them. It’s elegant combination of meaning, power and beauty have made it popular with spiritual practitioners the world over. The Karmapa himself said:

“Wherever this banner is flown the Dharma will flourish.”

Due to various circumstances, the original design and colors of the flag had, until recently, been lost, and most representations of the image are therefore incorrect. The flag as it is normally produced these days looks like this: 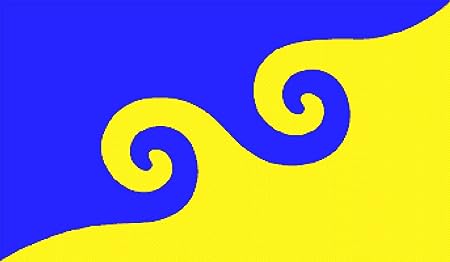 Thanks to the research and hard work of Tashi Mannox, an amazing English artist, the authentic design has been recovered, and our stickers are in accord with the original intent of HH Karmapa. To read more about the extraordinary lengths to which Mr. Mannox went to tease out the original design, see this page.

The stickers measure 2.5″ x 4″, and are impervious to the elements.

If you email pictures of where these end up, I will post them here. Karmapa Khyenno! 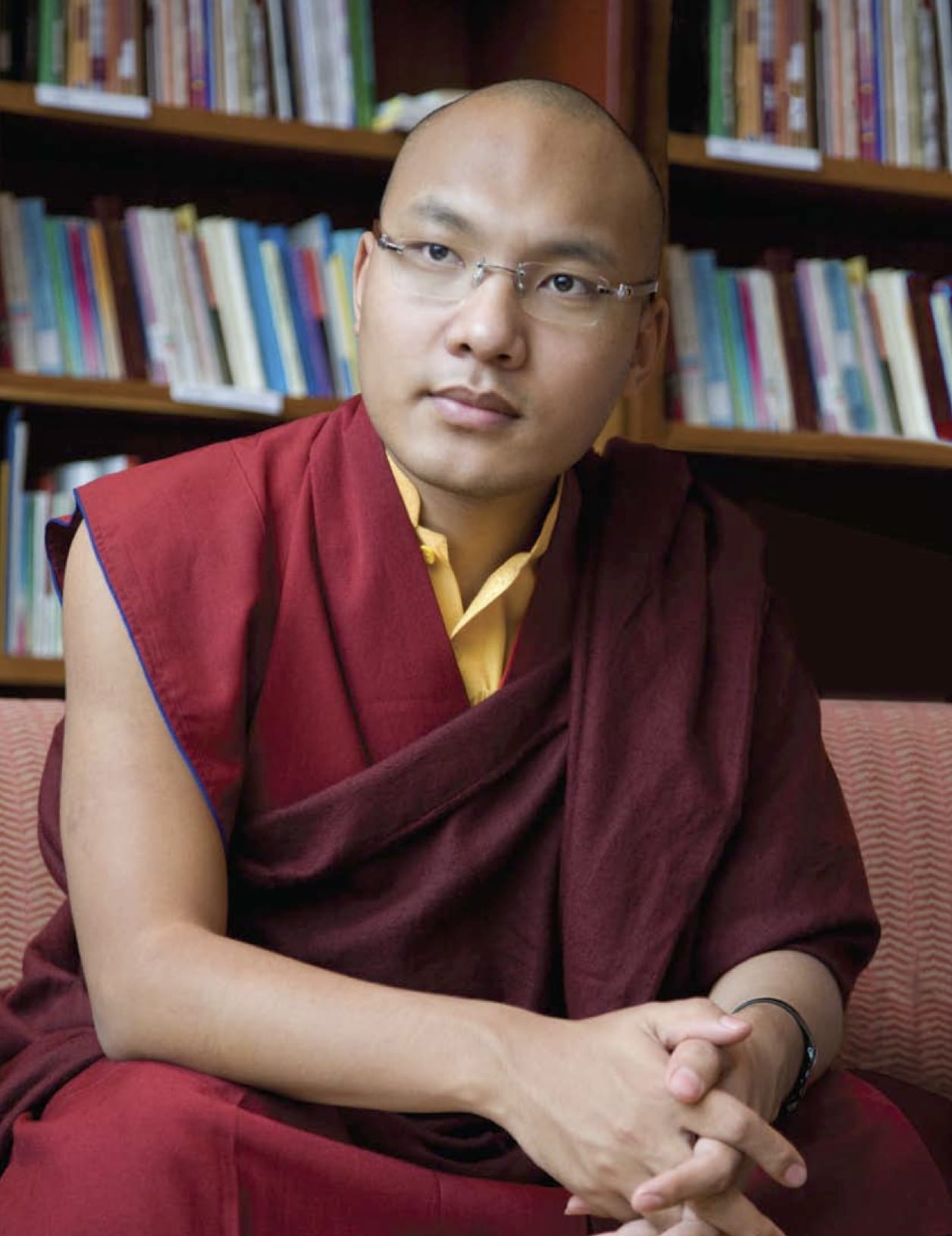